Learn a little about the history of our home on these historic Hong Kong hikes.

With over 75% of Hong Kong’s greenery, it’s hard to keep track of all the mountains, reservoirs, and peaks this stunning city has to offer. Take a trip back in time, away from flashier new buildings and so on, to delve into the past with these heritage trails, declared monuments and historic sites.

The very first of its kind in Hong Kong, this heritage trail is located in the Ping Shan area of ​​Yuen Long. It passes through historic sites dating as far back as the 12e century when the Tang clan (one of the five great clans of the new territories) settled in the region. The path inaugurated in 1993 presents fortified villages, ancestral rooms with courtyards and monuments and buildings declared protected. Keep an eye out for Hung Shing Temple, built by the Tang clan during the Qianlong reign of the Qing Dynasty, and Tsui Sing Lau Pagoda, built over 600 years ago – the only ancient pagoda in Hong Kong.

Take the MTR to Tin Shui Wai Station, exit E3. Go any day except Tuesday and make sure you start early, sites close at 5pm. Find out more here and here.

A #hkig favorite, this truly scenic trek has everything from rock formations to the pre-war lighthouse, surreal caves, and relics. It’s an easy 8 km walk (round trip) that offers stunning views. Take the time for this – you are sure to take plenty of detours and snap photos. Pass through the small village of Hok Tsui, stroll around the PCCW radio transmission station and visit sites such as Cap d’Aguilar Lighthouse, Cap d’Aguilar Marine Reserve, Crab Cave, Beach and (of course!) the cave of thunder. Cape D’Aguilar Lighthouse, also known as the Hok Tsui Beacon, is the oldest in Hong Kong. It is one of the five pre-war lighthouses that were commissioned in 1875.

You can get to Cap d’Aguilar by taking bus number 9 (NWFB) from MTR Shau Kei Wan station, exit A3. Make sure you find a bus that clearly says Cape D’Aguilar, either “via” or “ending at” – other number 9 buses skip the stop completely.

This magnificent reservoir offers a brilliant hike through one of Hong Kong’s six pre-war reservoirs. Rich in hydraulic heritage, 22 of Hong Kong’s 41 historic hydraulic structures can be found along the Tai Tam Waterworks Heritage Trail. Go on a sunny (but not too hot!) Day with blue skies for the best experience: this hike includes masonry bridges over crystal clear water, as well as aqueducts and reservoir dams all surrounded by a beautiful green – some dating as far back as 1883.

You can take public transportation to Wong Nai Chung Gap near Hong Kong Parkview or to the junction of Tai Tam Road and Tai Tam Reservoir Road where the trail is located.

A short walk from the peak, this trail is centered around a historic military site in Lung Fu Shan National Park. Dating back to 1901, it was built as a fort and later used as an air defense battery – Hong Kong’s tallest coastal defense, at 307 meters above sea level. During the Battle of Hong Kong, the battery suffered repeated air raids and was badly damaged by the Japanese. The site has ruins, all heavily bombed, and on a clear day you can spot the Pok Fu Lam reservoir and even Lamma Island.

You can go to Peak and walk to the intersection of Lugard Road and Harlech Road, then turn onto Hatton Road and either follow the road or take the Lung Fu Shan Fitness Trail to High West Mountain until on Pinewood drums. Including this walk, the trek is approximately 2.3 to 2.5 km.

The shorter part of the MacLehose Trail, this is a great way to try the famous 100 mile hiking trail and get your dose of history all in one. This 250-meter section is located on the slope of Smuggler’s Ridge National Parks of Shing Mun and Kam Shan. As the name suggests, it is full of relics from WWII. Part of the British military defensive line Gin Drinker’s Line, it includes locating stones, pillboxes and underground tunnels named after the streets of London. You will be able to find encrusted bullets and even engravings made by Japanese soldiers who captured the redoubt. For a longer hike, just follow and join the rest of the MacLehose Trail.

The trailhead is via the Memorial Arch which leads to Section Six of the MacLehose Trail. You can take green minibus 82 from Tsuen Wan Shiu Wo Street and get off at Ho Fung College bus stop near Shing Mun Reservoir / Shing Mun National Park Visitor Center. Go from Pineapple Dam at BBQ Site # 5 to the MacLehose Trail Memorial Arch. Find out more here – be sure to press “Eng” at the top!

An easy and relatively short hike, this is the perfect scenic hike for beginners. Named after the pirates who captured the area during the Ming Dynasty, the hill was later seized by the British who built military stations, including gun batteries. The Gough Battery, built in 1898, was bombed by a Japanese unit during the Battle of Hong Kong. Keep an eye out for the ruins of Pottinger Battery (mostly lost to vegetation) as well as scenic Junk Bay scenes and more – for the best view, go before sunset.

Meet at Yau Tong station and take exit A1 towards Domain Mall. Take the escalators to the ground floor of the mall and exit from the back (next to Tai Hing restaurant) and continue on Ko Chiu Road. Walk past Lei Yue Mun Estate, turn right and walk up towards Tseung Kwan O Permanent Cemetery until you see the entrance to Wilson ‘Pau Tai Shan’ (Devil’s Peak) Trail.

This relatively peaceful trail actually marks the battleground: the Battle of Wong Nai Chung Gap – when Japanese forces overran British troops, leading them to surrender on Christmas Day 1941. This hike marks key moments in the full day – stop at each station to explore abandoned WWII ruins including old bunkers, casemates lost to vegetation, and antiaircraft batteries.

Also known as the Tung Tai Trail, this heritage trail takes you from Tung Chung to the village of Tai O. Before the development of the Tung Chung Residential Area, it was the main road between villages, dating back to the Song Dynasty. . You’ll find ancient Chinese settlements along the way, possibly ending with Hong Kong’s most famous (and very last) fishing village: Tai O. Keep an eye out for traditional shrines among lush greenery and mangroves, as well as the beautiful waterways and stilt houses at Tai O.

Take Exit A from Tung Chung MTR Station and head to Hau Wong Temple (it was built in 1756!), Where you can start the trail.

This list wouldn’t be complete with at least one city walk. Technically not a green hike – the historic Dr Sun Yat-sen trail is still a beautiful hike with a lot of history. The walking tour follows Dr. Sun’s education in Hong Kong, the schools he attended, the places he lived, as well as the sites of revolutionary activity. Revitalized by the government, this heritage trail is full of beautiful art installations and plaques, perfect for photo ops. Find out more here.

Next Errol Morris: the fog of Donald Rumsfeld memos | Chroniclers 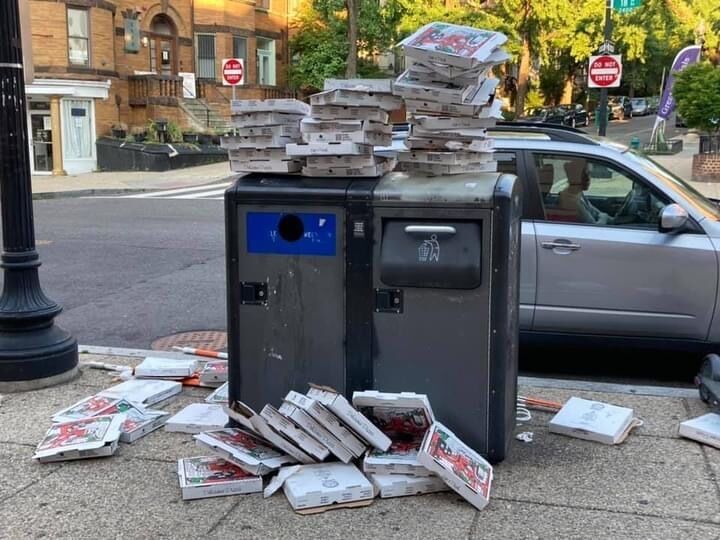